In May I wrote a post about iPhone apps not opening after updating iOS to version 4.3.3. (iPhone apps won’t open after update to 4.3.3, complete post and comments). Now that Apple iOS versions 4.3.4 and 4.3.5 have been published this problem seems to still exist when updating from prior 4.3.3 to 4.3.3. or later.

Yesterday I updated my Apple iPhone to iOS 4.3.3 (no, it is not jailbreaked). After that I noticed that none of the installed apps run any more. Of course the built-in apps ran fine (like Maps, App Store, Calendar, Mail, Messages, Clock, Contacts, iTunes, Calculator, YouTube …). But none of the custom installed apps (I tried Facebook, WhatsApp, Amazon, eBay and at least every other app) – they just start, seem to run shortly (not even a second) and then the phone will return to the desktop, homescreen or whatever you call it.
Rebooting the phone didn’t fix the issue… But then, today, the problem was solved by simply installing all updates available in appstore. I don’t know if it was just enough logging in to appstore or if the updates where really necessary. Since there were only two updates available but dozens of apps that were not running, I think just logging in did the trick. 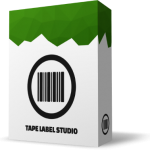