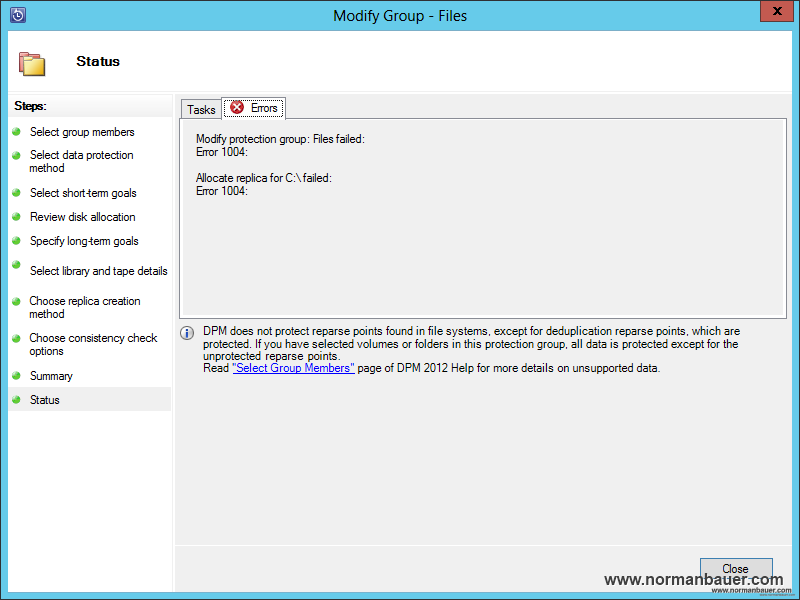 On July, 23 2013 Microsoft released Update Rollup 3 for System Center 2012 Service Pack 1 containing Data Protection Manager version 4.1.3415.0. After the installation of this update rollup on DPM 2012 I could not update the agents from the DPM console.

A manual installation of the agent on the protected server worked fine and DPM recognized it immediately. At the moment I don’t know about any workaround or fix except to not install the update rollup.

We are actively working on the issues that have been reported here. We have pulled down the update from Microsoft Update. Given the issues seen at this point we would strongly advise against any further installation of Update Rollup 3 for DPM 2012 SP1.

We will shortly update you on the issues and the next steps. Stay tuned.

As far as I know is the DPM product group already working on a fix, but there is nothing official at the moment.

I just had my support call. DPM seems to be fixed now (except the agent update issue).
I was told to not share the scripts. If you have this issue open a case, it is free of charge.

This time everything (the update itself, agent update, backups and protection group settings) worked as expected. DPM is now version 4.1.3417.0.